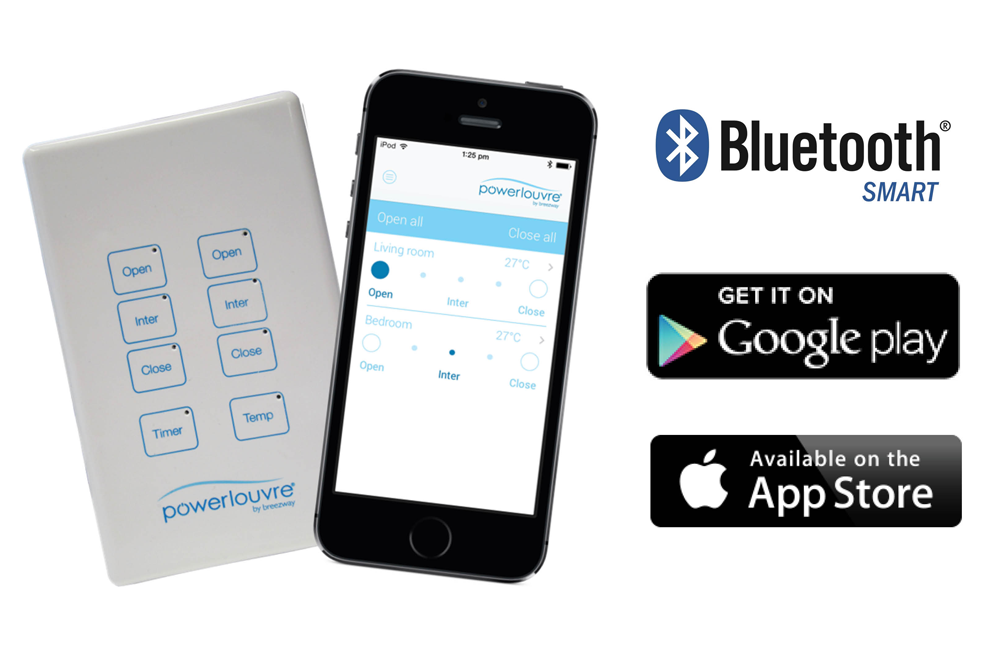 The recently launched Breezway Powerlouvre Apptivate Control Unit was awarded the “Most Innovative Component” at the prestigious Australian Window Association (AWA) Design Awards on Friday 19th September, 2014. Breezway also won the award for “Best Use of Windows” in a New Commercial Construction over $5 million for the Iglu Student Accomodation Project in Sydney, New South Wales.

Breezway has been leading the way in automated window technology for a number of years with the Altair Powerlouvre Window which won the AWA Design Award for “Most Innovative Window System” back in 2007. The Powerlouvre Window is a sleek, elegant solution to window automation, designed to electronically manage cross ventilation and natural airflow into the building.

Breezway continues to set the pace with the launch of the new Powerlouvre Apptivate Control Unit. The Apptivate Control Unit delivers significant benefits to the end user as it allows the operation of Powerlouvre Windows by a touch sensitive wall plate, remote control via a Powerlouvre App for smartphones and tablets, or automatic operation in response to temperature or timer events to easily maintain comfortable indoor temperatures.

David Brogan, CEO of Breezway said “The Powerlouvre Apptivate Control System was introduced into our product offer to help meet the evolving needs of our customers. It displays innovative, smart intelligence that allows Powerlouvre Windows to be programmed to open and cool a home before occupants arrive home from work, can be controlled by a compatible smartphone while relaxing on the couch or can automatically close at night when the house reaches a comfortable temperature without needing to get out of bed. It’s a luxury anyone would love to have and we are absolutely delighted that the AWA has recognised the excellence of this product!”

Independent personnel with extensive expertise in the building industry comprised the judging panel where all entries were considered on an individual basis. The judges were unanimous in declaring they all wanted an Apptivate Control Unit for their own home.

One of the judges, Dick Clarke from Envirotecture stated “The Apptivate Control Unit coupled with the Powerlouvre now gives us the opportunity to make buildings react to changing weather in a proactive way, at a fraction of the cost, and without the complexity, or a full blown building management system. The thermal response, which allows the building to enter a true free-running mode automatically, means that we can have confidence our passive cooling strategies are actually going to work every time they are needed. At the same time, a smart occupant can ‘game’ the system, allowing them to tweak the ventilation in anticipation of expected weather changes, or to swiftly recover after unexpected ones.”

David Brogan also stated he was thrilled to have our product recognised for Best Use of Windows in a new Commercial project. “This is great exposure for Altair Louvres with the Stronghold System in the newly constructed high-rise building where the louvres assist with natural ventilation and maximise clear views out into the city centre.” he said.